Gen. George Washington needed a great idea. He got it from an English-born patriot named Thomas Machin.

Machin knew water. He had been an apprentice canal builder in England, and, as a captain in an artillery company he was called by Washington to help defend the river at the Hudson Highlands. The river was narrow there, and since ancient times armies had placed sharpened logs, scuttled ships, and other debris in a narrows to block passage. But here the river was too deep. Machin had his a-ha moment: Why not forge an iron chain and float it across the river, anchoring it at either shore?

Bloody red shrimp were first found in lakes Ontario and Michigan in 2006, according to the Fish and Wildlife Service. They’re now documented in all the Great Lakes.

The species eats waterfleas and algae. They can become food for bigger fish, and competition for smaller ones, according to the University of Wisconsin’s Sea Grant Institute.”

“Southwestern Alaska contains a reservoir of gold worth an estimated $120 billion. The lakes and tributaries in the region feed into Bristol Bay and a fishery that generates $500 million a year.“ 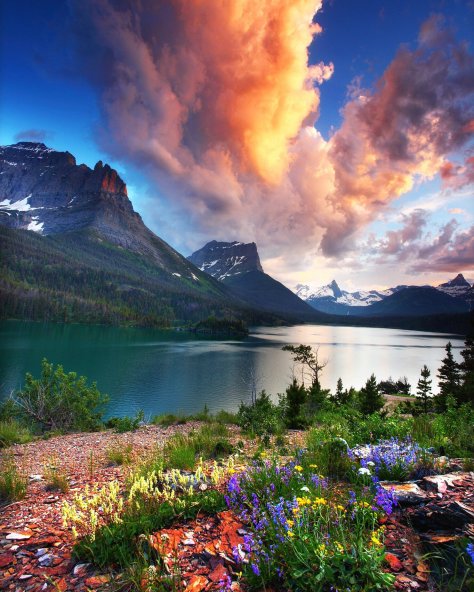 Weigh in on environmental issues on Oct 4, in Toronto Canada. If you are a citizen of the US or Canada you are invited to participate. Go to IJC.ORG to find out more. So your part to protect the Great Lakes.

“These processes are important drivers of ocean currents all over the world. The salty water created by sea ice formation is denser than fresh water, so it has a tendency to sink to the bottom of the ocean. In doing so, it helps push the water below it forward along the sea floor, creating a current that runs north toward the equator. As the water warms up, it rises to the surface and eventually runs back toward the poles. This process helps carry heat and nutrients around the world.”

“Blue is water’s signature colour. When light shines on a body of water all the wavelengths of light in the light spectrum are absorbed with the exception of the blues, indigos, and violets. Sometimes green light doesn’t get absorbed either. These unabsorbed colours are what we see. Clouds, sunshine, and shadows do beautiful things to the colour of water, making it appear in different shades of blues, purples, blacks, greys, and greens.”

“Recently I [Bill Williams] was invited to assess an old Danish uranium exploration site in Kvanefjeld in southern Greenland.”

Inuit Ataqatigiit – the opposition party in the national parliament – had asked me to talk to local people about the health implications of re-opening the defunct mine.

An Australian firm called Greenland Minerals and Energy (GME) has big plans to extract uranium and rare earth minerals here. It would be a world first: an open-pit uranium mine on an Arctic mountain-top.

” The El Faro, built in 1975, is variously described as 735 feet and 790 feet in length. It left Jacksonville, Fla., on Sept. 29. On Oct. 1, authorities received a satellite notification saying the vessel had lost propulsion and was listing in hurricane conditions off Crooked Island, Bahamas. The message said that the ship had been taking on water, but that all flooding had been contained.

Posted from WordPress for Android